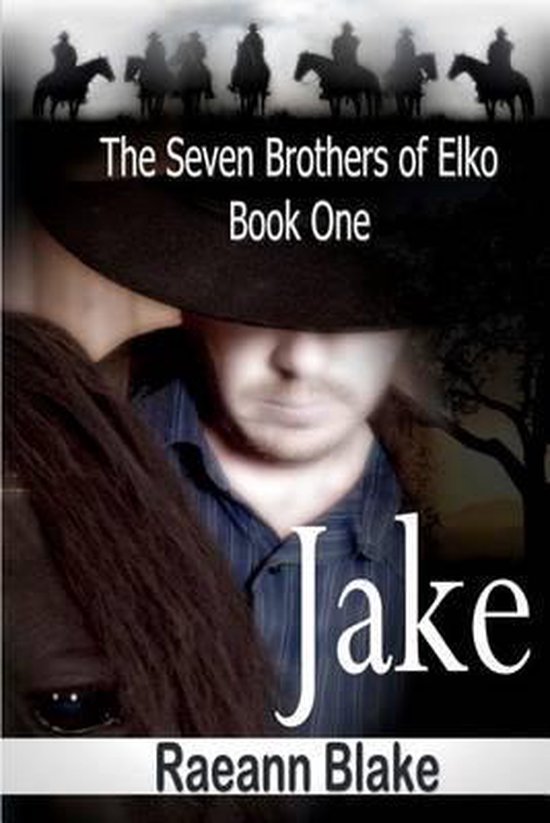 Jake (the Seven Brothers of Elko

Christopher Davis Reardon's wife died young, leaving him with two small boys to raise on his own. Jake and Davis were typical boys, but good kids. Mr. Reardon lived to see them both grow into the kind of men any father would be proud to call his sons. Respect for others, right from wrong, honesty, and the value of family were among the many things he taught his boys. And teaching them about women was right at the top of the list, especially the right woman. He had a mantra that was repeated to both boys from the age of thirteen until they were grown men themselves. They still know it by heart."Son, you always treat a woman with respect, no matter who they are, what they do, or what they say. All men have lust in their hearts, so bed 'em if you have to, but treat 'em with respect. And when you think you're in love, you're not. Because when you are in love, you'll know it. When you really love a woman, she'll be the first thing you think about in the morning and the last thing you think about at night. When you really love a woman, she is your breath, your heartbeat, and your very soul. And when you really love a woman, you won't be lusting after any others because no other women exist."Jake Reardon always understood what his father was saying. But he never felt the true meaning of those words...until he met Brinley Phillips.Never mind that Tommy Joe Branden had "hands-off" signs posted all the way around her in big bright red letters. Never mind that she so completely believed in 'til death do us part that she was still hoping for a reconciliation with a man who would just as soon see her dead as not. And never mind that she lived and worked in Texas and had no plans on making Nevada her home. He practically felt his daddy nudge him in the back. Maybe that's why he stumbled off the edge of that cliff.But when ghosts better left at rest raise their ugly heads, the path to that 'happily ever after' gets steadily more difficult and more dangerous. And just when he thought it couldn't get any worse...it did.